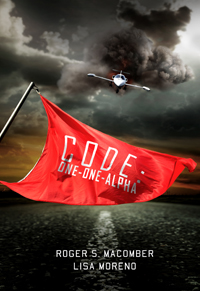 The CIA found a unique way to advance the secret “Star Wars” missile defense project during the meltdown at Chernobyl. Dr. Clay Mason, a humble Midwest professor would be called upon by his country to go behind enemy lines on a covert mission to extricate one of Russia’s most prominent nuclear scientists.

The time is 1986, long before home computers and cell phones were the pulse of the day, and people were connected worldwide through online social networking. Russia’s wall of secrecy has the world gripped by fear as the accident at Chernobyl’s Nuclear Power Plant unleashes a devastating amount of radiation into the atmosphere. American intelligence becomes aware of an important Russian scientist who loses his son due to the disaster and wants to defect. Under the tightest of wraps, the President engages the Director of Central Intelligence to develop a plan to extricate Professor Anatoly Zaytzeff from a conference scheduled in Cuba a mere three months off. But a price is in the offing–his pledge to help the United States with “Star Wars!” Of the highest priority, only a handful of people know about “Code: One-One-Alpha.”

Dr. Roger Macomber has lived a triple life, that of renowned chemistry professor, experimental jet pilot, and CIA agent. His academic achievements are significant. He has published nine books on Chemistry, MRI, and Spectrography. What sets him apart from all others is that he maintained dual careers in science and aviation. As such making him inimitable for what the government had in mind.

When asked to assist in character development, Ms. Moreno was not informed at the time that this compelling story actually took place. She only recently has learned that truth. Fortunately, the Freedom of Information Act and 25 years of time in-between protects the sensitive information contained. Though the book is fictionalized, the plot is filled with technical scientific detail giving a depth of knowledge about what really happened at Chernobyl and its aftermath. Dr. Macomber retired with the accolade of Professor Emeritus of Chemistry from the University of Cincinnati in 1997.